J
Written by Julie Jackson
Updated over a week ago

The Activity Reports page includes two important values that help you understand the number of callers who called your tracking numbers: Period Unique and Globally Unique.

This article will use an example report to give a breakdown of the values in these columns:

o  Person A is the only caller in this example who has called any of the tracking numbers in this account before.

o  Person C has never called any numbers in the account before. 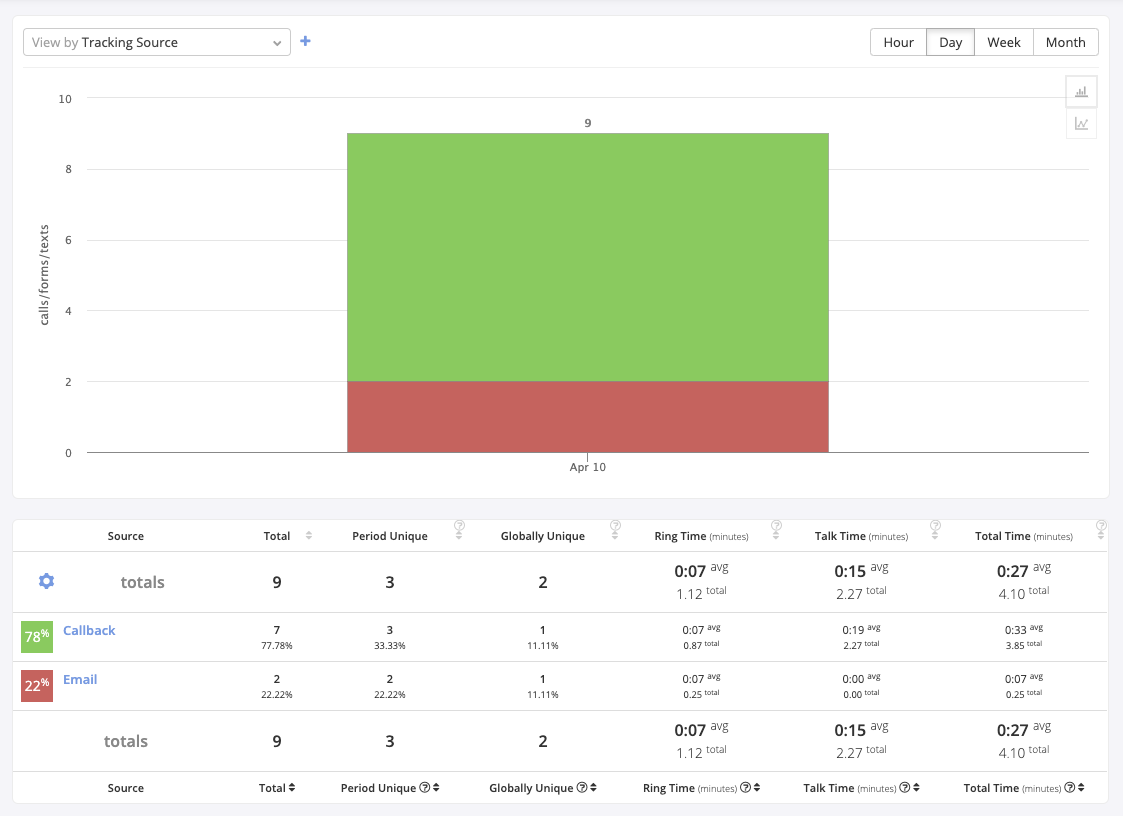 The example report shows calls by tracking source and refers to callers dialing different numbers in your account, but the same principles discussed below will apply to any dimension you select for your report (such as calls by agent or calls by ad campaign).

The Total column in the Activity Report shows the total numbers of calls received during the time period of the report you’re viewing.  In the example report, the Callback number received 7 calls and the Email number received 2 calls, for a total of 9 calls today.

The numbers you see here will match the number of calls in your call log (with the same filters applied).

The Period Unique column shows you information regarding how many unique individual callers made the calls shown in the Total column.

The top number in the Period Unique column shows the total number of unique callers for the time period of the report.  In this example, we know this account received calls from Person A, Person B, and Person C, therefore we know today’s calls were made by 3 unique individual callers.

The number at the top of the Period Unique column is not a sum total of each row in that column.  This number represents the total unique callers for the time period.

The Globally Unique column represents first-time callers to your account.  If someone called one of your tracking numbers for the first time during the time period you’re viewing, they will be counted here.

The number at the top of the Globally Unique column represents the total number of new callers during the time period of the report.

A Note on Accuracy

The tool tip you see on the Period Unique column notes that this column is calculated differently from the others and is expected to be 95% accurate.  Importantly, unless you are viewing a very high number of calls in this report (numbers in the hundreds of thousands), you can expect this number to accurately reflect the actual numbers of unique callers.

Did this answer your question?